Olly Murs is an English singer-songwriter and TV presenter. X-Factor finalist Olly Murs is taking the pop world by storm with his brand of catchy Regae and soul-inspired music. Since finishing as runner-up on the X-Factor in 2009, the one-time office worker was quickly snapped and signed a joint record deal Olly has gone on to perform at festivals such as Radio 1's Big Weekend and on television shows across the UK and Europe. In 2011 Olly was named as the new co-host for ITV2's partner show, The Xtra Factor. 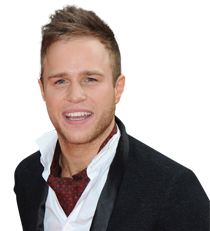 In late August 2010, Olly released his first solo single Please Don't Let Me Go, which debuted at number-one on the UK Singles Charts. He released his second single from the album Thinking of Me which charted at number four and then released Heart Skips a Beat which became his third number-one hit. Olly released his self-titled debut album in November 2010 and his second album in November 2011, with the first single released from the album titled Heart Skips a Beat featuring features hip hop duo Rizzle Kicks.

Olly is a very confident fellow, with a cheeky chappy persona, a winning smile and a spring in his step. He is also a great singer and entertainer.

How to book Olly Murs?