Renowned Expert on Geopolitics and the Global Economy

Niall Ferguson is one of our most influential commentators on Geopolitics and the Global Economy. Niall is the Milbank Family Senior Fellow at the Hoover Institution, Stanford University, and a Senior Fellow of the Center for European Studies, Harvard, where he served for twelve years as the Laurence A. Tisch Professor of History.

"The most talented British Historian of his generation" 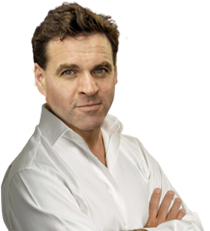 Niall is also a visiting professor at Tsinghua University, Beijing, and the Diller-von Furstenberg Family Foundation Distinguished Scholar at the Nitze School of Advanced International Studies in Washington, DC. He is a regular contributor to television and radio on both sides of the Atlantic. Niall was a contributing editor for Bloomberg TV and a columnist for Newsweek. In 2003 he wrote and presented a six-part history of the British Empire for Channel 4. His book 'Colossus: The Rise and Fall of the American Empire', published in 2004, prompted Time magazine to name him one of the 100 most influential people in the world. 'The Ascent of Money', published in 2008 was also an International Emmy Award-winning PBS/Channel 4 documentary series.

A prolific commentator on contemporary politics and economics, Niall believes that money is the cornerstone of human progress but can also be the catalyst for catastrophe for individuals, companies and nations. Through his in-depth analysis and research into historical events as well as current economical and political trends, he offers invaluable advice for leading businesses world wide.

An accomplished speaker, Ferguson's presentations are celebrated for their scintillating wit and their analytical clarity.

How to book Prof. Niall Ferguson?