Michael Fath is an American guitarist, composer, and record producer. He is a part of American Crush, a rock project that is signed to Mottow Soundz Records. Their second record will be released, worldwide, in the 2023. He is also a professional martial artist and holds 22 black belts with various Israeli, Asian, and Filipino disciplines.

"Guitar Magazine instrumentalist of the year" 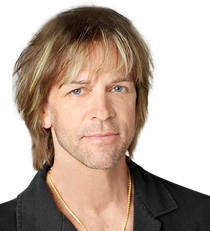 Michael has established himself as a truly international phenomenon with a staggering range of instrumental rock, fusion, classical and jazz recordings that have featured unparalleled versatility with both acoustic and electric guitars, and now mandolin. He has been a member of the rock bands Orphan; King Dazzle; The Cherry People; KINGs; Here, Now and Forever; and now, American Crush. He has released over 40 solo albums and videos, and has produced nearly as many other artists. Michael's brilliant career is solidly anchored in the practical realities of the music industry. Michael is also a world renowned, professional martial artist and one of the highest ranked Israeli Krav Maga instructors in the world.

Michael is extremely articulate about the philosophical and psychological aspects of starting something new, and teaching to not be afraid of failure, but rather embrace it and then improve upon it.

Michael's passionate and inspiring speeches are extremely provocative. He is a natural entertainer who mesmerizes audiences with his music as well as his presentations.

How to book Michael Fath?