Sir Matthew Pinsent CBE entered Olympic history in 2004 at the Athens Olympic Games when he led the Great Britain coxless four to victory. In doing so Matthew became one of only 5 athletes in the world to win 4 consecutive gold medals in four consecutive Olympic Games.

"Matthew's speech was excellent and extremely motivational. He commanded the stage and captivated the audience." IBM 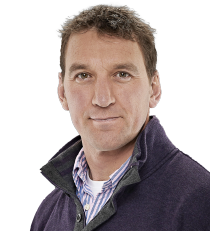 In 1992, Matthew had his first taste of Olympic success, when he won his first gold medal at the Barcelona Olympics in a Coxless Pair with partner Sir Steven Redgrave. Once again in Atlanta in 1996 the Pinsent / Redgrave duo claimed gold and in 2000 in Sydney they triumphed once more and Matthew won his third Olympic gold medal. He has worked on the BBC series Inside Sport, where his work has included a controversial interview with Dwain Chambers. He reports on a range of sports from football to horse-racing and from rugby to the Winter Olympics. As one of the BBC's leading broadcasters for 2012, Matthew was fronting the World Olympic Dream series, which is following 26 international athletes on their journeys from around the world to the London 2012 Olympic Games. He is also a leading journalist for The Times' Olympic team.

Drawing upon his sporting experiences Matthew entertains audiences with his presentations in which he shows the importance of teamwork, motivation and success. His determination and skill have made it possible for him to reach his ultimate goal and his personal achievements make him one of Britain's greatest ever endurance Olympians. He has worked as a sports bulletin presenter for BBC News and was in Bejing during the 2008 Summer Olympic Games working for the BBC.

His speeches are always tailored to the client's brief and audience's requirements with special emphasis on teamwork, motivation and communication. Commanding the stage and captivating his audiences, his description of the dynamics of teamwork in a rowing crew are outstanding and mirror those that businesses aspire to achieve.