In 2005, Merk was awarded the German Federal Cross of Merit in recognition of his service to football and his charity work in India 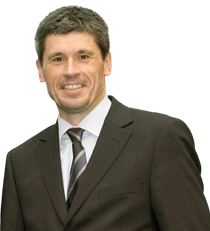 In 1988 Merk, 25, was appointed the youngest Bundesliga referee ever. Four years later he became a FIFA referee and officiated at the 1992 Barcelona Summer Olympics. Markus also refereed the 1997 Cup Winners' Finals, the UEFA Champions League 2003 final, the Euro 2004 final, the DFB Cup Final 2003, the Olympic Games in 1992 in Barcelona and the EUFA Cup Final in 1997 between Paris St. German & FC Barcelona. Markus provides basic dental care to the poor in India helping the Indienhilfe Kaiserslautern, which erects schools, housings and basic medical care. For the 2010-2011 season, he was the main referee commentator for Lig TV (which has the rights to the Turkish Super League).

As one of the most highly respected decision makers in football today, Markus Merk, originally a dentist and now a dedicated triathlete, is used to working under intense scrutiny. He offers his audiences insights into how to constantly achieve the best results.

In Markus' colourful presentations he talks, tells anecdotes and shows images about his experiences in sport and relates these to life in general. His charismatic, professional, relaxed and engaging manner makes him a highly sought-after speaker at events throughout the world.

He presents in English & German.

How to book Dr. Markus Merk?