Lee Sharpe is a former professional footballer who played during his long career for Torquay United, Manchester United, Leeds United, Bradford City, Exeter City, Grindavik and Garforth Town. Since retiring from professional football, Lee has appeared on a number of television shows and is also in great demand to speak at corporate events. Since 2009 Lee has been involved with the charity Ambassadors in Sport and had become very popular in advertising and merchandising.

"A successful former footballer and popular face on TV" 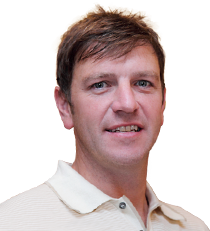 Lee made his debut for Manchester United in 1988 and played for the club in the European Cup Winner's Cup in 1990-1991, playing a key role in their success. In 1996 he moved to Leeds United and joined Bradford City in 1999 being instrumental in the team securing a position in the Premiership. Lee played for England between 1991 and 1995. He has also become very popular on TV where he took part in Celebrity Wrestling, also appeared on Celebrity Love Island and ITV1's Dancing on Ice. In 2008 he was a member of Declan Donnelly's team in Ant versus Dec.

In his presentations and after dinner talks Lee speaks about the highlights of his career and offers insights into the sacrifices and hard work required to achieve top results.

His interesting and entertaining speeches are well received by a wide range of audiences.

How to book Lee Sharpe?