Kyran Bracken MBE is a rugby World Cup winning hero who was capped for England 51 times, 3 of them as captain. Kyran now concentrates on television and broadcasting and won the hugely popular television show Dancing on Ice. Kyran is entrepreneurial and he now owns and runs a touring ice skating show, among other business interests.

"Kyran's contribution to English rugby has been immense over his career" 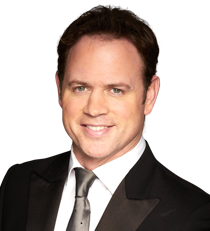 Kyran was known as a player who could pass accurately off both hands, a strong defender, a good kicker and always posed an attacking threat with great speed from a standing start. He battled back from a career threatening back injury to regain his captaincy and scrum half position at Saracens and won a place in Clive Woodward's triumphant 2003 England World Cup, making 4 appearances including winning his 50th Cap against Wales in the quarter-final. Kyran retired from international rugby in 2003, and from the Saracens at the end of the 2005/06 season after a glittering career which saw him win every international honour available with England and the Tetley's Bitter Cup with Saracens during his 10 year stint with the club.

Kyran talks about his formula for success, using practical examples from an England team who progressed from nearly-men to World Champions. He explains how they had several leaders, each responsible for their own discipline but following a single game plan designed to leave the opposition in their wake. He is the ideal choice to speak on managing change, retraining and goal setting.

Kyran is an intelligent and a very talented speaker, who has the ability to educate, engage and entertain an audience and is always great fun to be around.

How to book Kyran Bracken MBE?