Kishore Mahbubani is a senior global relations advisor and Professor in the practice of public policy at the National University of Singapore, where he also served as Dean of the Lee Kuan Yew School of Public Policy from 2004 to 2017.

"Prof. Mahbubani is highly respected in both the academic and global diplomatic community" 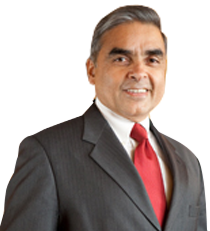 Prof. Mahbubani has had a distinguished political career. In 1971 he joined the Singaporean Ministry of Foreign Affairs and served in Cambodia, Maylasia and Washington DC. From 1993 to 1998 he was Permanent Secretary at the Foreign Ministry of Singapore, and from 2001 to 2004 he served as Singapore's Ambassador to the UN in New York. Prof. Mahbubani graduated in philosophy from Singapore and Canada and served as a Fellow of the Center for International Affairs in Harvard University. The Foreign Policy Association Medal was awarded to him in New York in 2004. He was also listed as one of the top 100 public intellectuals in the world by Foreign Policy and Prospect magazines in September 2005 and was featured in the Financial Times list of Top 50 individuals who would shape the debate on the future of capitalism.

As a career diplomat, a writer and a scholar, Kishore Mahbubani has vast experience working at the highest political level around the world. In his presentations he offers invaluable advice to organisations on the challenges facing China and Asia as well as Asia's role in the global economic landscape.

An accomplished speaker, Prof. Mahbubani's presentations are seamlessly put together and loaded with useful insights and ideas.

How to book Prof. Kishore Mahbubani?