Kirsty Wark is one of Britain's most highly regarded and versatile television presenters. She has been an anchor on Newsnight for over fourteen years and during that time has also made a number of documentary series and hosted many live outside broadcasts.

"One of the UK's most formidable and versatile television journalists" 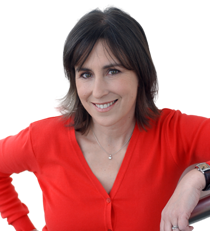 On the radio Kirsty Wark produced current affairs programmes including Good Morning Scotland and the political programme Order, Order and later World at One. She first moved to television in 1983, first as an assistant producer and then as presenter. In 1990 Kirsty famously locked horns with Margaret Thatcher in a headline making interview. She has won several major awards for her work including BAFTA Scotland Journalist of the Year in 1993, Best Television Presenter in 1998, Scot of the Year in 1998 and was nominated for the Richard Dimbleby Award for Best Television Presenter in the BAFTAs in 2000. In 2010 for the 30th anniversary of Newsnight, the Review Show will be launched in replacement to Newsnight. Kirsty also presents an occasional series of interviews for BBC4 with guests as wide ranging as George Clooney and Madonna.

Kirsty is well-known for her excellent interviewing techniques. She is a calm and collected presenter who is used to bringing out the best in everyone under pressure. She is one of the UK's most highly regarded and versatile presenters and is a superb conference facilitator and awards host.

Kirsty is used to the pressures of working on television. She is a relaxed and competent presenter equally at home whether facilitating a large conference or speaking knowledgeable about current affairs.

How to book Kirsty Wark?