Kevin Keegan is one of the most recognisable faces in British football. He has graced football pitches around the globe in a glittering career. Kevin won European Footballer of the Year twice and has since forged a successful career in football management and punditry and as an awards host.

"Kevin was quite simply THE footballing superstar of the Seventies" 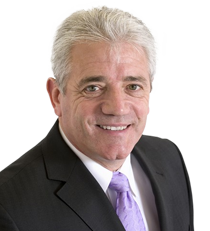 His illustrious playing career includes time at Liverpool, Hamburg, Southampton and Newcastle as well as the national side, captaining England for six years until his international retirement after the 1982 World Cup. As a manager he held the reins at Newcastle, Fulham, Manchester City and England. He became manager of Manchester City in 2001 leading the team to promotion as First Division Champions, becoming the first manager in the Premier League era to win the Football League title with two different clubs. He continues to be involved with coaching and as a pundit with ITV and ESPN. His high-achieving experience as a manager is as vast and varied as his life as a professional football player.

Kevin now shares his enthusiasms and experiences through his coaching and after dinner speaking. He has the ability to tailor his presentations to his audience and is an undeniable gentleman on all occasions.

Kevin has fought his way to the top of his profession with peerless dedication and incredible motivation. He is a great motivator and an excellent communicator, who is now in high demand as a speaker.

How to book Kevin Keegan OBE?