Dame Kelly Holmes is one of Britain's most recognisable and admired athletes. She has won Olympic, European and World, Commonwealth medals. After retiring from active athletics, Kelly founded her own charity and was President of the Commonwealth Games England.

"Kelly has become an icon of British athletics, a truly inspirational and respected figure in the sporting world" 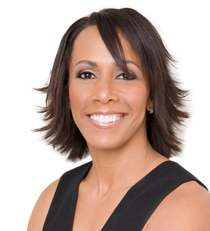 Kelly first established her working career as a member of the British Army in 1988. She left in 1997 to pursue a senior athletics career full time. She was awarded an MBE for her services to the British Army. Kelly made history at the 2004 Olympic Games in Athens, she achieved something that only 2 other women in the world have ever achieved and became the second British athlete to win 2 middle distance Gold Medals at the same Games in over 80 years. For her achievements in sport she won numerous awards and in 2005 she was honoured by the Queen with a Damehood. In 2008 Kelly founded the Dame Kelly Holmes Trust to support and inspire young struggling athletes. After eight years as Chair, she became President of the charity. She was also President of the Commonwealth Games England between 2009 and 2015.

Kelly offers audiences great insights in to what it really takes to become a champion and how we can apply the lessons she learned on the track to our own personal and business lives. Her experiences make her an ideal speaker, she gives her audience invaluable information and keeps everybody entertained with her natural humour and charm.

Kelly has developed a completely new and unique style of presentations never seen before. They are tailored to the individual needs of the client, working with them to achieve their goals and objectives of strategy meetings, seminars and conferences.