Katy Mclean is an English female rugby player. Since taking over the England captaincy in 2010 Katy has lead the England Women's team to two 6 Nations grand slams and World Cup glory when they beat Canada in the final to be crowned world champions.

Katy is a vital cog in England's machine. England Head Coach, Gary Street, calls her "my eyes on the pitch" He said: "You need thinking players and Katy is one of those." 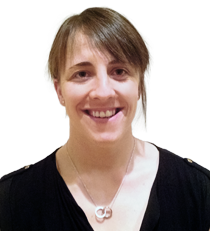 Katy was introduced to rugby at her local club Westoe where she remained until the age of 12. At the age of 18 Katy found herself at the doorstep of Darlington Mowden Park. Here she has become a key member of the Women's Premiership team the DMP Sharks. Katy quickly moved up the ranks in England Rugby. Making her debut in 2007, Katy has become a mainstay in the England set and has established herself as a dangerous point scorer. The Darlington Mowden Park Sharks No. 10 mixes her rugby playing with her job as a primary school teacher at the Bexhill Academy in Sunderland, teaching four- and five-year-olds. She used to work in football at Sunderland AFC where she was a Family Learning Officer working in deprived areas with children who left school with no qualifications. Now she aims to make sure the local kids get the best start in life. Katy has an MBE to her name for her Services to Rugby. At the 2014 Sports Personality awards, Katy's England Women won Team of Year.

Katy offers fascinating insights into her sporting achievements, showing how it is possible to achieve the unthinkable. Katy talks about working in a goal orientated, tight team environment - where every decision is critical.

Katy's highly inspiring presentations show audiences how to handle pressure, bounce back from setbacks, set goals, adapt to change, work as a team and motivate.

How to book Katy Mclean MBE?