Katherine Jenkins' first album, appropriately titled Premiere was the fastest selling album of all time by a Mezzo Soprano selling well over 30,000 copies in the first week. She has won two BRIT awards, for Second Nature and Living the Dream and is the only female artist ever to have ever won two consecutive classical BRIT awards.

"Katherine is pioneering a new genre of opera superstar" 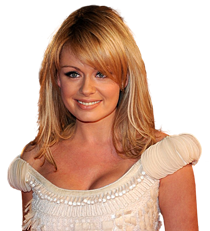 In 1993 Katherine was the BBC Welsh Choir Girl of the Year. After graduating with honours from the Royal Academy of Music, Katherine did many things from part time modelling to being a tour guide on the London Eye. Her appeal is such that she has already outsold most of opera greats. She is the only singer in musical history to simultaneously hold the number 1, 2 and 3 position in the classical charts which she did with her 3 albums Premiere, Second Nature, and Living the Dream in 2005.

She has already sung at some of the most prestigious venues in the world ranging from the Sydney Opera House, the Albert Hall London to the Millennium Stadium Cardiff which has become virtually her second home having sung there on at least 12 occasions including 2 FA Cup Finals, 2 Rugby League Challenge Cup Finals, at least 8 Welsh international Rugby matches, as well as the Tsunami Concert. She is redefining Classical Crossover, and is pioneering a new genre of opera superstar.

Katherine is as passionate as she is a perfectionist. She is not only glamorous, but also very down to earth, accessible and caring as a human being.

How to book Katherine Jenkins?