John Regis MBE is a hugely experienced international athlete whose career has spanned some 15 years. Since his retirement in 1999 he has worked in the media and runs his own sports management company. Arguably the greatest achievement of his career occurred at the European Championships in Split in 1990, in the 100m, when he won the bronze medal in (a wind-assisted time of) 10.07sec, the fastest in his career and then two days later in the 200m final he won the gold medal.

One of the UK's finest sprinters and athletes 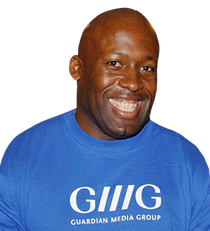 John's career began as a junior in 1985 and senior in 1996. Between 1987 and 1994 John set four British records outdoors and three indoors at 200m. In 1989 he became Britain's first World Indoor Champion at 200m. He mainly competed in the 200 metres and was the first British athlete to run under 20 seconds for the distance. At the 1990 European Championships, John won a record 4 medals including gold in the 4 x 400m. He won two Olympic medals in the relay. He is a director with Stellar Management, looking after a number of the country's top athletes.

One of the foremost characters in the golden era of British athletics in the late 80s and early 90s, John draws on his own personal experiences to show audiences exactly how to create that all important winning formula to achieve peak performance whether in our professional or private lives.

With a wealth of experience both on television and radio John is a charismatic personality who makes audiences feel at ease with his inspirational and entertaining presentations.

How to book John Regis MBE?