John Hartson is a former, hugely successful footballer who played for Celtic and the Premier League. Then he was diagnosed with testicular cancer, which had spread to his brain and lungs. Now fully recovered John helps raise awareness about early detection, alongside his role as Assistant Coach to Wales and Match Of The Day punditry. 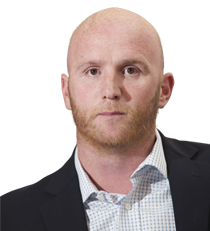 John started his professional football career with Luton Town before moving to Arsenal, then on to West Ham and Wimbledon. His most successful time was with Celtic when he scored 88 goals in just 146 appearances and cemented his reputation as a fan favourite. Shortly after leaving Celtic, John retired from playing.

In his presentations John speaks about his career on and off the pitch mixing stories of how he conquered cancer with riveting stories of his life in football.

John's motivational presentations and after dinner speeches engage and inspire audiences at a wide range of events.

How to book John Hartson?