Gareth Malone is a choirmaster and broadcaster who first appeared on TV in the three-part BBC documentary series The Choir in 2006. The series saw Gareth take on the challenge of bringing music into the lives of students who had never sung before and ultimately taking them to compete in the World Choir Games in China. To date this astoundingly successful series has won two BAFTA awards and two RTS awards. In his most emotional challenge to date, The Choir: Military Wives, followed Gareth as he gave a voice to the wives and girlfriends left behind at the Chivenor and Plymouth barracks when troops were deployed to Afghanistan. 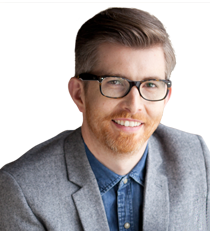 Following on from the success of series two, The Choir: Boys Don't Sing, Gareth's third series The Choir: Unsung Town saw him attempt to unite the community of South Oxhey near Watford as a choir. After the warm reception and loyal following The Choir programming received, Gareth's next project took him to Glyndebourne in a hunt for fresh talent to perform in the new opera, Knight Crew, and on to explore how boys are educated in Gareth Malone's Extraordinary School For Boys and building children's confidence in The Big Performance.

Gareth's charismatic work is based on bringing inner city school children, corporate audiences and the general public together through singing. Gareth Malone combines a busy singing career with his education work, yet continues to work for many of the major companies in the country including the Royal Opera House, the Philharmonia, English National Opera Baylis programme and Glyndebourne. His work has been praised by politicians, television critics and everyone in between.

The popular and likeable Gareth Malone describes himself as an "animateur, presenter and populariser of choral singing".

How to book Gareth Malone?