Jason Roberts MBE is a former footballer and founder of the Jason Roberts Foundation, which provides a range of sporting opportunities for youngsters in the UK and Grenada. Jason is also a pundit on both tv and radio and is also involved with a scheme to get more ethnic minorities in key positions at football clubs. 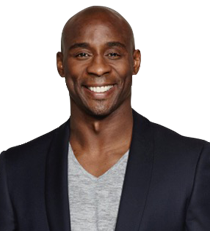 Jason Roberts started his football playing career at Hayes in 1996, before undertaking a career in the professional ranks with Wolves, Torquay, Bristol Rovers, West Bromwich Albion, Portsmouth, Wigan and Reading. He also represented Grenada at international level. His 17-year-long career ended at Reading, when a hip injury forced him to retire in 2014. Jason scored 142 goals in 452 league matches in England, and in 2009 was awarded an MBE for Services to Sport.

Jason offers audiences advice on what it takes to achieve in any chosen field through looking at lessons we can learn from sport for business. Having experienced promotion 4 times he is able to demonstrate, and is passionate about, the importance of teamwork and self-belief. He engages the audience through an interactive presentation using footage highlighting personal moments in his football career to bring his message alive.

Sportsman and media personality, Jason's inspirational and high energy presentations are guaranteed to leave audiences feeling energised and ready to achieve their ambitions.

How to book Jason Roberts MBE?