Jan Molby is a Danish former professional footballer and manager. As a player he spent 12 years playing in England with Liverpool. After starting his career with Kolding, he moved on to Ajax before spending more than a decade at Liverpool. Jan's management career began in 1996 when he became manager of Swansea City and then managed Kidderminster Harriers two years later guiding them to promotion to the Football League in 2000. Since 2008 Jan has worked as a commentator for Viasat, on TV3+ having previously fulfilled the same role for Danish TV 2 channel. He also summarises on English games for BBC Radio 5 Live. 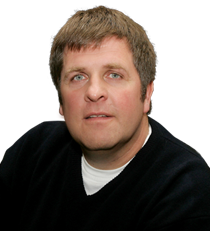 Jan was voted in at 16th position in the 2006 poll 100 Players Who Shook The Kop which was conducted by the official Liverpool Football Club web site. He was also ranked number 30 on the magazine Four Four Two's list of the top 100 foreign players to have played English football. In 2009 Jan was made an 'Honorary Scouser' by the Lord Mayor of Liverpool.

Jan inspires audiences with his presentations in which he draws upon his football and management experiences to demonstrate the importance of teamwork and motivation in a business environment.

His presentations are highly inspiring and enjoyable and Jan is in great demand to speak at conferences around the UK.

How to book Jan Molby?