Jacques Crevoisier is one of Europe's most high profile coaching figures who, was also one of the most influential figures behind the scenes at Liverpool FC in recent years. He is an expert on coaching and mentoring. He devised the psychometric test that is used today by Arsenal to test their players and since 2004 he has been compiling psychological profiles on existing and prospective Arsenal players below the age of 22. 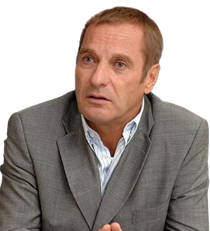 Jacques Crevoisier worked for UEFA's technical department as a senior manager and also as a high-ranking adviser to European Football's governing body. The former Liverpool Head Coach, worked for Tottenham's academy for two years and has a glowing reputation that he earned within the French Football Federation and being the National Coach for more than 10 years. He has a Ph.D. in Psychology and is an officially recognised instructor of Physical Education. He has been awarded with the Chevalier de l'ordre National du Mérite.

He uses his expertise and insight to motivate, stimulate and inspire his audiences. With the experience gained from measuring psychological endurance, competitiveness, emotional control, stress resistance and aggression among other things, he knows precisely how to develop strong teams and the importance of strong leadership.

Jacques Crevoisier is a respected and succinct speaker who informs, entertains and focuses on being successful. He is a dynamic and well liked communicator.

Jacques presents in English or French.

Give us a call or send us an e-mail to find out exactly what Jacques could bring to your event.

How to book Jacques Crevoisier Ph.D.?