Sir Ian McGeechan is a former rugby player and coach widely acknowledged as restoring the fortunes of the British and Irish Lions teams. Despite a narrow series defeat, Ian restored the pride of four nations in the Lions and re-established the tour as the greatest rugby tour in world rugby.

"The Lions have been a huge part of my life. Being on tour with them on seven occasions has been an honour and privilege" 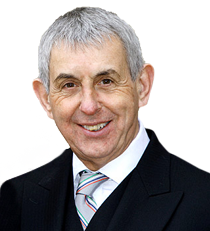 He made his rugby debut for Yorkshire Colts in 1965. His first Scotland trial was in 1968. In total Ian McGeechan won 32 caps for Scotland - 20 at centre, 12 at stand-off, with a total of nine games as captain. He toured with the British Lions as a player in 1974 in the unbeaten tour to South Africa and in 1977 to New Zealand playing all eight tests. Ian was Scotland coach from 1988-1993 and during that period Scotland completed the Grand Slam in 1990, toured New Zealand and came fourth in the rugby World Cup. He joined Scotland as Head Coach in 1999 after 5 years with Northampton Saints after having won the Allied Dunbar Premiership coach of the season in 1998-99. He was knighted in the 2010 New Years Honours List for his services to rugby. From 2010-2012 he was Director of Rugby at Bath RFC. In 2012, he was appointed the Executive Chairman of Leeds Carnegie

Sir Ian shares his vast experience on coaching for performance and success. His presentation will focus on building and leading winning teams. His quiet passion and determination to achieve excellence offer some fascinating insights about the nature of success, not just in sport but also within business.

Ian's ability to tell his story in a very grounded, simple and authentic way enables him to touch everyone in his audience. He strongly believes that whatever the business, it's the people that make the difference.

How to book Sir Ian McGeechan?