Greg Rusedski is a former British tennis player who burst onto the professional scene very early in his career, winning his first ATP Tour title at the age of 19 at the Hall of Fame Championships in 1993. He went on to win a further 14 singles titles and subsequently set the mark for British tennis in the modern era.

"A popular figure from the world of tennis" 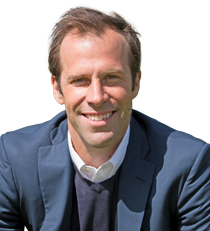 Greg became the first British man to break into the World's Top 4 and played in a Grand Slam final, the US Open in 1997. He holds the record for the most amount of years played on the Great Britain Davis Cup Team (13) and over the course of his career has held the accolade of British number one and the world record for the fastest serve measuring 149mph. Since retiring from the main tennis circuit after his 20th Davis Cup tie, Greg has remained heavily involved in tennis as both a coach and a sports media commentator. He also still continues to play on the ATP Champions Tour. Greg has previously appeared on BBC's coverage of Wimbledon and is a now a key figure on Sky Sports and Eurosport offering his expert insight at the Australian Open, US Open, Davis Cup and many other ATP tour events.

As a guest speaker, Greg Rusedski offers a compelling insight into the world of tennis and discusses the challenges, pressures and emotions of the highest levels of sport. Greg also speaks about his childhood where his parents had the almost impossible decision of choosing whether to support Greg or his brother, to his years on the tour where he played in the US Open final just days after the tragic death of Princess Diana.

Greg is an entertaining and charismatic speaker who is in great demand to speak at conferences all over the world.

How to book Greg Rusedski?