Glenn Hoddle is a former footballer still idolised by Spurs fans for his time at Tottenham Hotspur. He began his football management career at Swindon Town FC, before moving to Chelsea and England. As England Manager he guided the team to the 1998 World Cup Finals.

"One of the most respected figures in football" 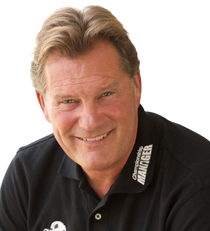 Glenn joined Tottenham Hotspur as a schoolboy apprentice and in the following year made his first-team debut as a 17-year-old substitute. He made his International debut in England's Euro 80 campaign and played in the 1982 and 1986 FIFA World Cup campaigns. He has also managed Tottenham Hotspur, Southampton and Wolves. In 2007 he was inducted into the National Football Museum Hall of Fame which cited him as one of the most gifted English footballers of his generation. He is currently academy director for the successful Glenn Hoddle Academy (GHA), an independent centre for assessing, developing and coaching young players in Spain and Dubai. He is also a newspaper columnist and pundit for Sky Sports and Al Jazeera Sport.

Glenn gives insights and anecdotes from his experience, drawing on the lessons he learned in sports to show audiences the importance of teamwork, leadership and how to achieve personal goals.

He is an incredibly relaxed and captivating speaker, passionate about sports and deeply insightful, speaking to audiences from a wide range of organisations.

How to book Glenn Hoddle?