Gabby Logan, one of the UK's leading broadcasters, presented programmes such as Match of the Day, The Olympic Journey, Inside Sport and The World Swimming Championships. Gaby was a key member of BBC's presenting team for the London 2012 Olympics and one of their lead presenters at the 2014 World Cup in Brazil. 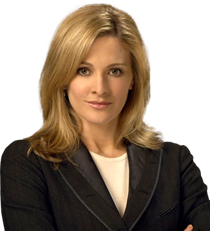 A former international gymnast, Gabby began her broadcasting career in radio in 1992 and joined Sky Sports in 1996 where she quickly established herself as one of their key presenters. She joined ITV in 1998 and during her time at the channel Gabby's repertoire expanded and her presenting credits include The World Cup, Champions League, Premiership and the Boat Race. In 2004 she hosted Sport Relief for the BBC before joining the corporation in 2007. A prolific writer, Gabby is a columnist for The Times and has previously written for the Sunday Mirror, Independent and Yorkshire Post. She was one of BBC's lead presenters in 2014 at the Commonwealth Games in Glasgow and in 2015 Gabby and the BBC Sport team covered the Six Nations championships across TV, radio, online and social media.

Gabby Logan offers vast media experience having presented a range of sports programmes. One of the UK´s premier sports broadcasters, she is in demand for award ceremonies, motivational speaking and personal appearances.

Gabby Logan is a natural, vivacious and charismatic sports personality with a fantastic sense of humour that adds energy and prestige to any event. Her funny and insightful anecdotes provide an entertaining, informative and motivational addition to a conference or a lively alternative at the end of dinner.

How to book Gabby Logan?