Musical Legend and Co-founder of The Undertones

Feargal Sharkey first found fame as the lead vocalist of punk band The Undertones, famous for hit singles such as Teenage Kicks. Since then Feargal has worked in the business side of music including, for a number of years, being head of UK Music, which represents the UK's commercial music industry. 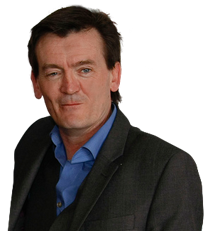 Feargal Sharkey was a co-founder of The Undertones at their inception in 1976. His best-known solo material is the 1985 UK chart-topping single penned by Maria McKee, A Good Heart, a worldwide number 1 in 1985. In the business side of the music industry he was initially an A&R manager for Polydor Records, and then Managing Director of EXP Ltd. He was appointed a Member of the Radio Authority for five years from 1998 to 2003. He became Chairman of the UK Government task force the Live Music Forum in 2004 to evaluate the impact of the Licensing Act 2003 on the performance of live music, and gave public evidence before the Culture, Media and Sport Committee in 2008.

Having enjoyed some 12 years of world tours and hit albums, Feargal Sharkey is keen for us to adapt, progress and develop to help secure a solid foundation from which a successful, vibrant and world dominating British online industry can be built. Having seen both sides of the industry his input from a unique perspective is not only insightful, but also invaluable.

Feargal Sharkey is at ease in front of worldwide audiences and delivers powerful high content addresses with charisma and charm.

How to book Feargal Sharkey?