Emmanuel Petit is a French former football player, who played his club football for Monaco, Arsenal, Barcelona, and Chelsea. He represented France at the international level, and scored the third goal in France's 3-0 victory in the 1998 FIFA World Cup Final. 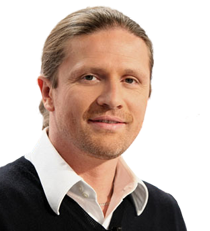 Playing for the French national team, Emmanuel Petit earned 63 caps and scored 6 international goals in his career and won the 1998 FIFA World Cup and the Euro 2000. In 1998, he guest-starred in a Christmas episode of The Bill and he has also been a football analyst in France. Petit began his career at minor club ES Argues, before being signed by Arsène Wenger's AS Monaco at the age of 18. He joined Arsenal in 1997 and moved to FC Barcelona in 2000 for £7m.

Emmanuel Petit gained vast experience in football and the media, as a hugely influential member of the Gunners' Double-winning side, known for being strong in the tackle and an excellent passer of the ball.

Emmanuel Petit adds prestige and model looks to any event.

How to book Emanuel Petit?