Dermot Alexander Reeve was born in Hong Kong on 2nd April 1963. Twenty years later he made his debut for Sussex County Cricket Club.

In 1987, Dermot left Sussex and joined the Warwickshire County Cricket Club. He first captained the team in 1993, and continued to do so until 1995. He led the team to victory, gaining the unprecedented Triple Trophy Champions in 1994, the Brittanic Assurance Champions and the Natwest Trophy in 1989,1993 and 1995.

In 1996 New Years Honours List Dermot Reeve was awarded an OBE. He is also one of Wisden's five Cricketers of the Year (1995), and has been made a record number of three times 'Man of the Match' in the NatWest Finals. 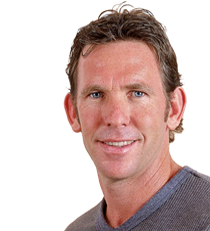 How to book Dermot Reeve O.B.E.