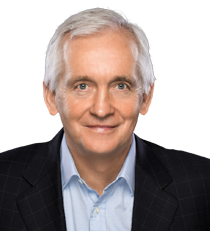 David began his career as a journalist reporting for the Leibtrim Observer. His next job was at the Dublin based newspaper the Irish Press, and while working there he decided to take a year out to cover cycling in Paris. He returned to his job for a short period before moving on to work the Sunday Tribune followed by the Sunday Independent and in 1996 he joined The Sunday Times. In 1998, David began working on the story about doping in professional cycling alongside another Sunday Times journalist called Paul Kimmage. Together they battled to expose the extent of illegal doping that was taking place within the profession.

With a wealth of live journalist experience, David is also a professional and seasoned conference host. He uses his considerable skills to ensure the success of any event he is hosting.

Always well prepared, David is a relaxed and captivating host, making sure audiences are kept informed and engaged at events around the world.

How to book David Walsh?