Cory Ondrejka is a leading authority on the economic and technological impact of virtual worlds. He was the co-creator of the virtual world 'Second Life' and Vice President of Engineering at Facebook where he was responsible for Facebook's mobile turnaround. Currently he is the CEO and Co-Founder of a software company called mori inc. 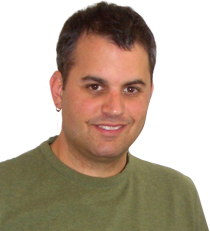 He was co-founder and CTO of Linden Lab from 2000 to 2007, and was instrumental in creating the award-winning digital world 'Second Life'. In 2008 he was Executive Vice President for Global Digital Marketing at EMI Music. Cory joined Facebook in 2010 initially as Director of Engineering and a year later, he successfully led the Mobile Product group, delivering Facebook to over a billion mobile customers worldwide. In 2012 he became Vice President of Mobile Engineering and in 2013 Vice President of Engineering. He left Facebook in 2014 to start his own company.

Cory Ondrejka offers an exciting look at what's ahead in Virtual Worlds and how it will affect business and society. He conveys the excitement about this new frontier where entrepreneurs are already exploring ways to generate real-world profits. He is passionate about showing how virtual worlds can be used to create a more connected workplace, the deep connection between learning and innovation, their impact on national power and much more.

A skilled and exciting speaker, Cory Ondrejka expertly brings unique experience and current insight to the business challenges and opportunities inherent to these new technologies.

How to book Cory Ondrejka?

Simply phone, fax or e-mail us. See below for details.