Cephas Howard is a game designer at the forefront of current trends. He had always dreamed of working for LEGO. The opportunity at LEGO arose at a time when Cephas was actively looking to self-publish two of his own games. He had quotes from manufacturers, he had a website, he had business cards; and then he saw an advertisement for the job at LEGO and events took an entirely unexpected turn. He applied for the position and landed the job based on his past portfolio, his enthusiasm and ideas, and what was perhaps a true meeting of minds with his future bosses.

"...have a belief in yourself and your ideas, and the ability to convince others and make believers of them also" Cephas Howard 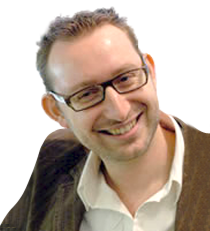 Cephas Howard's career includes being Senior Concept Designer at Lego System A/S, Commercial Design Manager at The Guardian and Observer, and commercial design manager at Guardian News and Media pursuing a professional design career within the publishing industry before embarking on his childhood dream of designing games.

The inventor of Lego's build-your-own board games (he worked on the project for three years in a secure lab in the basement of the company's headquarters in Billund, Denmark), Cephas Howard is extremely open and generous in sharing his experiences and insights, thereby allowing us all a glimpse of the remarkable development program undertaken at LEGO. Actively encouraging us to change the board or the dice, to break the rules; to not just play the game, but to play with the game, he explores groundbreaking new and innovative ideas in his invaluable presentations.

Cephas Howard gives the impression of a man both utterly undaunted by concerns and incredibly eager to get going. In his entertaining and captivating presentations, he explains that designing, refining and experimenting with games should be every bit as much fun as playing them.

How to book Cephas Howard?