The First Woman to Summit Everest from North & South Sides

Cathy O'Dowd is the first woman in the world to climb Mount Everest, the world's highest mountain, from both its north and south sides. Her first ascent of Everest happened in the midst of the chaotic events that form of the basis of the 'true story' behind the Hollywood movie Everest. 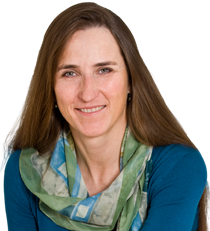 Cathy, who grew up in South Africa, was completing her Masters degree in Journalism, while working as a university lecturer, when she saw a newspaper advert for a place on the 1st South African Everest Expedition. Six months later she was the first South African to summit Everest and three years later she became the first woman in the world to climb the mountain from both sides. Finally she made one last expedition to Everest to try a new route on the Kangshung face. Cathy was also part of the team that did the first ascent of Nanga Parbat via the Mazeno ridge. Cathy is a Fellow of the Professional Speaking Assoc. who has given her their highest award, the Professional Speaking Award of Excellence.

Cathy shares her insights about individuals and teams under intense stress in the face of overwhelming challenge with her corporate audiences. Her stories touch on themes of importance to anyone trying to run successful projects and get the best out of people. Cathy also helps businesses to tackle an uncertain world by learning to think like an explorer and she utilises the latest technology to gain audience participation in the expedition decision making process.

Cathy is a passionate speaker, who combines humour and drama, weaving a spell-binding story out of which she subtly draws her metaphors for achievement. Her inspirational presentations entertain and motivate while reinforcing key principles of best business practise.

How to book Cathy O'Dowd?