Bear Grylls has become known worldwide as one of the most recognised faces of survival and outdoor adventure. He also hosts the Emmy Award-nominated interactive Netflix show You Vs Wild, which was one of Netflix's most watched shows in 2020. 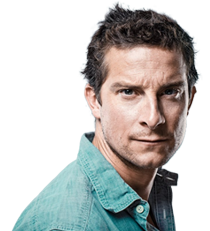 Despite a free-fall parachuting accident in Africa, where Bear broke his back in three places and endured many months in and out of military rehabilitation, he recovered and went on to become one of the youngest climbers ever to reach the summit of Mount Everest. He then went on to star in seven seasons of the Discovery Channel's Emmy Award-nominated Man vs. Wild TV series, which became one of the most-watched shows on the planet. Since then, he has gone on to host more extreme adventure TV shows across more global networks than anyone else in the world, including six seasons of the global hit TV show Running Wild with Bear Grylls. He has also won two BAFTAS, including one for his hit Channel 4 show The Island with Bear Grylls.

Bear's story of progressing from a broken back in hospital to the summit of the world's highest mountain, is one that touches people globally. Bear's talks focus on those simple qualities that make the difference between life and death on a mountain: the intimacies and realities of teamwork, the honesty needed in intense environments and the courage that comes not from bravado but from something else inside.

Bear has a natural talent for communication and his talks are both challenging and informative. His is a story of honesty, friendships, determination and humility.

How to book Bear Grylls?