Rated by the Wall Street Journal as one of the most relevant worldwide opinion leaders and one of the 12 most influential global players in business, Ana Palacio was the first woman in charge of the Spanish Government's Ministry of Foreign Affairs. Her international role was further bolstered in 2006 when she was appointed Vice-president of the World Bank. 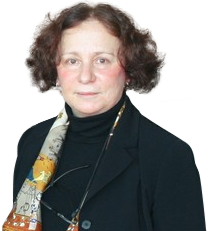 Ana Palacio is also a highly respected lawyer, founding partner of the law firm Palacio y Asociados, with offices in Madrid, Brussels and Washington. She is currently on the board of directors of Pharmamar (since 2009) and is an independent director of Enagás (2014). Ana has been a member of the Executive Committee and Senior Vice-President for International Affairs of AREVA, one of the three global players in energy transmission and distribution, and served on the Council of State of Spain (2012-2018). She is also a member of the World Economic Forum's Global Agenda Council and is on the board of the US Atlantic Council. In addition, she sits on the boards of several think tanks and public institutions. In 2009 Ana received an Honorary Doctorate from Georgetown University.

Ana Palacio provides fascinating insights about her tremendous influence on the legislation on internal market as well as the security area, especially focused on justice and home affairs, as well as human rights.

Ana Palacio is a concise and eloquent orator, who has a remarkable understanding of the nuanced priorities and agendas throughout the European Union.

How to book Ana Palacio?