Victoria Pendleton MBE is the golden girl of British cycling. She secured her second Gold Olympic medal at London 2012 in the Kierin event and now has three Olympic medals in addition to her nine World Championship titles, a truly outstanding achievement. Victoria has established herself as the world's best female track cyclist. She was a member of British Cycling's Olympic Podium Programme. 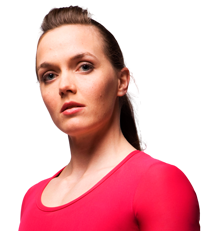 Victoria began her cycling career on the grass track at the age of 9. She was spotted by the GB team at the age of 13. In 2005, Victoria won her first World Championship title, taking Gold in the Sprint. She was second in 2006, regained the title in 2007 and successfully defended it in 2008. Her competitive spirit and love of the sport meant that, despite little rest since the Olympics she was back in action at the 2009 World Championships, successfully winning her fourth sprint title, silver in the Team Sprint and her first ever medal - a bronze - in the 500m Time Trial.

Victoria's relaxed, friendly and open manner comes across at any event where she enjoys sharing her experiences and enthusiasm for sports with her audiences.

One of the world's leading female track cyclists, Victoria Pendleton has an outgoing personality and adds glamour and charisma to any event.

How to book Victoria Pendleton MBE?