One of the World's Leaders in Sport, British Coach of the Year 1992 & Best-selling Author

Tom McNab is one of the world's leaders in sport. He has coached international athletes, the British Olympic Bobsleigh team and England's silver medal winning squad in Rugby's 1992 World Cup. In the same year, he was awarded the British Coach of the Year. He has experienced success as Olympic coach, prize winning novelist and Technical Director of the Oscar-winning film, Chariots of Fire. In recent years he has moved on to stage plays, the most successful of which, 1936 (on the Berlin Olympic Games) has recently shown to great acclaim in London theatres.

"You, sir, are one of the world's greatest authorities on sports history. Your contribution was matchless"- Japanese Olympic Committee 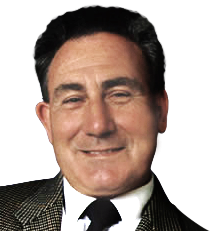 In Tom's early days teaching he was instantly recognised for his outstanding ability in being able to bring the best out of young athletes. As National Athletics Coach, Tom created several programmes, including the national decathlon programme, which produced Daley Thompson. In 1983-4 he worked with Peter Jay, Michael Parkinson and David Frost to bring into being TV-am, Britain's first commercial breakfast television station. In 2004 he produced the McNab Report on English amateur boxing, whose recommendations he brought to reality in 2005. As a result, in 2008, British boxing experienced its most successful Olympic result of all time.

In the past twenty years, Tom McNab has become a much sought-after speaker, drawing from a rich vein of personal experience, ranging across sport, literature, politics and film. Backed by a strong spine of theory, his humane and humorous addresses therefore draw heavily on experience in a wide range of disciplines. A commentator for ITV and Channel 4, a freelance journalist for the Observer, Sunday Telegraph, Times and Independent, Tom's talents have no bars. He provides a uniquely entertaining way of delivering fundamental messages to business.

Recognised as one of the world's top business speakers, Tom McNab is a thought-provoking speaker with sporting and leadership anecdotes to amuse and entertain. Richly entertaining, intellectually profound, and immensely practical, his personal enthusiasm, humour and knowledge make every presentation unforgettable.

How to book Tom McNab?