Tim Severin is one of the last of the traditional-style explorers: he has been testing theories of early migration for over 20 years and is the holder of the 'Gold Medal of the Royal Geographical Society' and the Livingstone Medal of the 'Royal Scottish Geographical Society' for outstanding services to exploration. His most recent quest has been to identify the 'real' Robinson Crusoe. 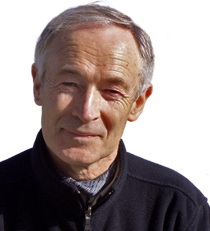 Amongst his adventures Tim has sailed a leather boat across the North Atlantic in the wake of St. Brendan and captained an Arab sailing ship from Muscat to China to examine the origins of the tales of Sinbad the Sailor. He has also sailed the Pacific on a bamboo raft and pursued the great white whale of Melville's famous novel among the islands of the Pacific. He has written books about all these adventures, which have won him the Thomas Cook Travel Book Award, The Book Of The Sea Award, a Christopher Prize and the literary medal of the Academie de la Marine. His journeys have also been recorded in award-winning documentary films which have become classics of exploration and adventure. At film festivals they have won prizes for Best Cameraman, Best Film of the Sea and Best Adventure Film.

Tim Severin creates spellbinding presentations with stories, slides and videos of his voyages, and links them to business themes and strategies which he has implemented under some of the most extreme conditions, challenging both mental and physical resources. His work appears regularly in the National Geographic Magazine and his voyages have been the subject of award-winning documentary films and a major BBC documentary series.

Tim is a warm and relaxed speaker who enthrals audiences with his informative and fascinating presentations.

How to book Tim Severin?