Inspiration for the Movie, Alive

Nando Parrado and his teammates were travelling to Chile to participate in an international rugby exhibition. Their flight never arrived as it tragically crashed at 18,000 feet in Cordillera de los Andes. Nando survived for 72 days, and found his way out of the Andes, after an 11-day snowy trek through the mountains.

"Making decisions became easier because the worst thing that could happen would be that I was simply wrong." 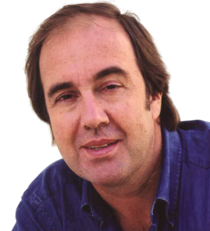 Nando's achievements are a powerful testimony to his attitude of survival. His life was quickly transformed in the Andes - he lost his mother and sister in the crash, and suffered a skull fracture. He recovered, and escaped through the Andes Mountains with his friend, Roberto. Because of this escape, his story and the stories of those that lost their lives in the crash can be shared. Nando and Roberto, the survivors worked with Piers Paul Read to write the bestseller, 'Alive'. Twenty years later, he served as the technical advisor in the production of the film, Alive, where he was played by Ethan Hawke. Today, he is the President of Seler Parrado S.A., the founder of two media production companies, and an active sportsman.

Nando, a sportsman, seminar leader, and president of several companies, uses his experience surviving in the Andes - the most hostile environment on the planet, to articulate innovative strategies for those that need to scale personal or business mountains in the twenty-first century.

Audiences are deeply moved by Nando's emotional and inspirational presentations. With impeccable delivery he captivates and amazes everybody with his incredible story.

Nando presents in English and Spanish.

How to book Nando Parrado?