Martin Amis is one of Britain's foremost writers, a novelist, essayist and short story writer. Spanning three decades, ten novels, six works of nonfiction, two short story collections, and nearly four hundred reviews and essays, Martin Amis' career already testifies to a lifetime devoted to literature. Regarded by many critics as one of the most influential and innovative voices in contemporary British fiction.

"Martin Amis is the rock star of English novelists." 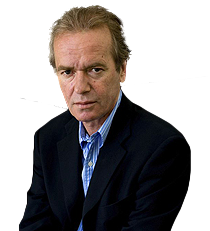 He is a regular contributor to numerous newspapers, magazines and journals, including the Sunday Times, The Observer, the Times Literary Supplement and the New York Times. From the levelling satires of his early period, through the mature flourish of the 1980s, to the ongoing evolution of his latest publications, Amis's career has garnered international attention. His awards include the Somerset Maugham Award for best first novel and the James Tait Black Memorial Prize for biography. His work is routinely short listed for other awards, most notoriously the Man Booker Prize.

Martin Amis offers highly respected opinions on a wide variety of subjects in particular all issues relating to multicultural societies. His presentations are pertinent to people of all ages or occupation. He is a master craftsman of the spoken word, his message is succinct, deeply thought out and highly insightful.

Martin Amis is an intelligent, highly engaging and fluid speaker, whose sometimes controversial style is very well punctuated allowing time to absorb his powerful messages. He never fails to ignite lively discussions on his subjects after his presentations.

How to book Martin Amis?