Mark Foster is one of Britain's most decorated male swimmers. He represented his country for 23 years. Throughout his remarkable career, he won 47 major international medals, competed in 5 Olympics, was 6 times World Champion, and broke the World record 8 times. He is now a media personality and a regular tv presenter. 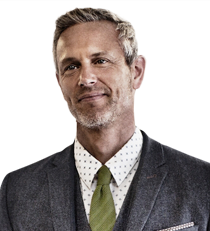 Mark has been a regular participant on Countdown, A Question of Sport, Come Dine With Me, Celebrity Masterchef as well as a host of other shows and campaigns. He also appeared on Celebrity Juice for the Sports Relief Special and the BBC1 show Let's Dance For Sport Relief. In 2008, he entered Strictly Come Dancing and subsequently took part in the live tour in 2012. Inspired by his experience on Strictly and the fitness and discipline required to compete on the tour, Mark co-formed Fitsteps which was launched in 2014.

A brilliant motivator, Mark Foster shows audiences exactly what it takes to become an Olympic Champion. He is an experienced motivational speaker who draws on his successes and hard work for the benefit of many companies. Mark is also in great demand to host and present events.

His outstanding achievements as an athlete, his charming personality and great sense of humour make Mark Foster a sought after speaker and host at a wide range of events.

How to book Mark Foster?