On 31st December 2004 Ken Schofield retired as Executive Director of the PGA European Tour after 30 years in the job. During that time he grew the Tour to be the second biggest Tour in the world behind the US PGA Tour. Under Schofield's continuing guidance, there has been a dramatic overall growth of the Tour which now attracts millions of viewers worldwide.

Ken's contribution to the PGA European Tour has been immeasurable 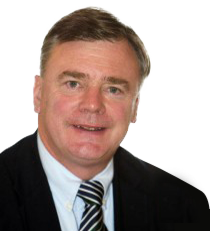 Born and raised in Perthshire, Scotland, he began his working life in the banking profession, and at the age of 23 became Scotland's youngest bank manager. Ken Schofield focused a fervent interest in sport by entering professional golf administration in 1971 as the Press and Public Relations executive to John Jacobs, the PGA Tournament Director General.

Ken focuses in his presentations on the many important innovations that stimulated the progress of Tour group business, including European Tour Productions which has become the single largest producer of TV golf programming in the world.

A polished speaker, Ken's presentations are filled with a wealth of innovative and inspirational ideas from his experiences at the forefront of international golf in Europe.

How to book Ken Schofield?