Dame Jenny Shipley is the former Prime Minister of New Zealand and currently a director of a number of companies in NZ and offshore. She was a driving force in the successful decade of economic and social reform in NZ and Director of China Construction Bank, one of the big four former State owned banks in China.

"A formidable political and business leader" 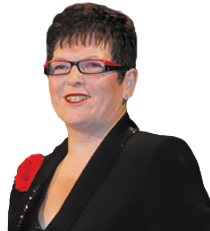 Jenny was a Senior Minister in the New Zealand Government in the '90's and Prime Minister from '97 to '99. She retired from NZ politics in 2002. She was an Initiator of the Education Forum for East Asia, is an active member of the World Women's Leadership Council and is Vice President of the Club of Madrid, a group of former leaders who promote democracy and transparent economic development, globally. She was chairman of Genesis Energy, Senior Money International and Mainzeal Construction. She is deeply involved in a range of philanthropic projects in NZ and offshore.

Jenny Shipley's own unique story is inspirational, motivational and full of many valuable lessons derived from her own experience, her observations and rubbing shoulders with some of the world's finest leaders. Her knowledge of China and relationships with Asia is of the highest level. Her keynote speeches are tailored to each group and encompass values, goals and new horizons.

In her presentations Dame Shipley shows her passion for leadership and expanding performance. She is a skilled practised orator and delivers frank, insightful and powerful addresses to audiences worldwide.

How to book Dame Jenny Shipley?