Former HR Director at the BBC and Author of 'Why Should Anyone Be Led by You?'

Gareth Jones is a renowned thought leader, 'Thinker 50' and business adviser. He focusses on organisations where creativity is a source of competitive strength. The Visiting Professor at Instituto de Empresa in Madrid and INSEAD, Fontainebleau, he is also a Fellow of the Centre for Management Development at London Business School. 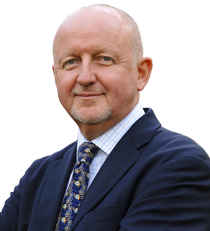 In a career that has spanned both the academic and business worlds, Gareth was Director of Human Resources and Internal Communications at the BBC; at Polygram, then the world's largest recorded music company, he was Senior Vice President for global human resources, where his responsibilities covered more than thirty countries. His articles have appeared in the European Management Journal, Human Relations and the Harvard Business Review. He serves on the Editorial Advisory Board of People Management magazine, is a trustee of The Work Foundation and in 2004 was selected to join the board of the Human Resource Planning Society. In 2009 and 2007 Thinkers50 the global ranking of management gurus, placed him among the list of most influential thinkers. He was BT Professor of Organisational Development at Henley where he also served on the Board of Governors.

Gareth offers substantive analysis, vivid examples, and pragmatic solutions to managers and executives who wish to explore the company's 'character' and turn that into the foundation for long-term, sustainable success. His research interests are in organisational design, culture, leadership and change. His insightful talks on business change and turnaround are fascinating, talking about the attributes that make a good leader and explaining why good leadership is "what works for you". His audiences come away with an understanding of the role of management and leadership development, as well as the tools for successful leadership in the 21st Century.

A very engaging, natural and charismatic speaker, Gareth's presentations are high in content and extremely thought-provoking, with highly stimulating visuals.

How to book Prof. Gareth Jones?