Frank Dick OBE is the President of the European Athletics Coaches Association, and Chairman of the International Association of Athletics Federations Academy and is one of the country's best and most consistently inspiring motivational speakers.

"The difference between winning and losing is small; it's the consequence that's huge. Focus on your performance and be the winning difference." 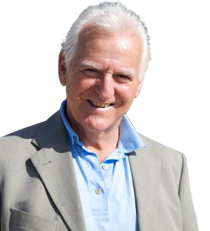 Frank, a former international athlete, held the post of Chairman of the British Olympic Coaches Advisory Programme from 1983 to 1994. He has also been Director of Coaching for the British Athletics Federation from 1974 to 1994. He served as Chief Coach to the British team at four Olympic Games, seven European Cups, three European Championships and three World Championships. He is also the creator of the global academy committed to the advancement and development of the highest level of coaches and of their profession. Frank is riding high on the outstanding results from his position as High Performance Director for South African Sports Confederation and Olympic Committee where he was the consultant to South Africa's top coaches and athletes at the Rio Olympics and Paralympics.

Frank has combined his talent for inspiring sporting achievement with the business world. His expertise derives from years of detailed research into individual success and achievement. Frank combines this wealth of knowledge and experience into an informative and motivational approach to achieving long-lasting transformation of both individual and team performance.

Frank Dick's presentations are highly amusing and anecdotal, challenging and inspirational, giving particularly valuable ideas on how to bring out the best in everyone.