Craig Brown is the Scottish former coach with the longest tenure as a Scotland manager, from 1993 to 2001. Under him, Scotland qualified for both Euro '96 in England and the 1998 FIFA World Cup in France. He also was manager of Preston North End Football Club until the end of August 2004. He was awarded the CBE in 1999 for services to football.

"An excellent speaker for a wide range of events" 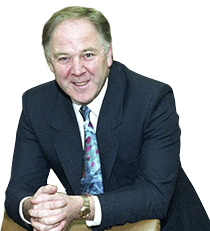 Craig Brown was the outstanding boy footballer of his generation - captain of Scotland Schoolboys and Scotland Youths. He played for Rangers, Dundee and Falkirk, winning a League Championship medal with Dundee in 1962. He became assistant manager of Motherwell in 1974 and got his first managerial job as part-time manager of Clyde in 1977, where he spent ten seasons, winning the Second Division championship in 1982, whilst also working as a primary school head teacher then a lecturer in primary education. A Bachelor of Arts in English and Geography, he returned to football full-time in 1986 when appointed as assistant manager, and immediately he stamped his authority and leadership skills.

The charismatic and driven Scot is now highly sought after as a motivational speaker for his wealth of experience and impressive career in the professional game. A regular television & radio pundit, he has gained a great reputation as a witty after dinner speaker and is particularly sought-after for seminars and conferences, where his motivational skills are highly regarded. He provides excellent insights into football, with humorous and moving stories.

Craig has the power of captivating the audience, whether they are football fans or not. His sense of humour, together with a style and charm that is truly unique, has made him a highly recommended speaker. An absolute gentleman, who is very aware of his audience, he has many a tale and story to share from a very distinguished football career.

How to book Craig Brown CBE?