Charles Armstrong is CEO of Trampoline Systems, a software developer specialising in large-scale social network analysis. Trampoline was picked by IDC as one of the world's top 10 innovators in business software and as Company of the Year 2012 by the Cambridge University Computer Lab Ring. 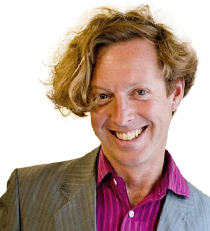 Alongside his work with Trampoline, Charles is also founder of The Trampery, a growing network of creative workspaces in London; and also of One Click Orgs, which in 2012 launched the world's first online co-operative in partnership with Co-operatives UK. He studied Social and Political Sciences at St John's College, Cambridge and went on to be mentored by Lord Young of Dartington, one of the architects of Britain's post-war society. His 2010 essay on Emergent Democracy was published by O'Reilly in their book 'Open Government'. "Tech City Map" project analysing the East London technology ecosystem was launched by UK Prime Minister David Cameron in 2011. A successor project focused on the Cambridge technology cluster was launched in 2012.

Charles Armstrong's presentations focus on innovation, quality and customer relationship as driving significant growth to meet the increasing market demand for organisational agility. He also talks about a new generation of social analytic technologies that provide insights into customer relationships, collaborations and business effectiveness and how they will impact on businesses across the globe.

His highly innovative views and informal, out-of-the-box presentations make Charles Armstrong a sought-after speaker at symposia around the world. His speaking style and the visuals he tailors are modern and refreshing, and will give a new perspective.

How to book Charles Armstrong?