Brent Sadler is an internationally recognised journalist who has spent much of his distinguished career reporting from the Middle East and has been at the heart of CNN's coverage for two decades. In 2009, he assumed a new role for CNN as a special correspondent for the program, Inside the Middle East, enabling him to pursue his interests in the global field of strategic communications - especially in the Middle East and Africa.

"One of the foremost war correspondents in broadcast news" 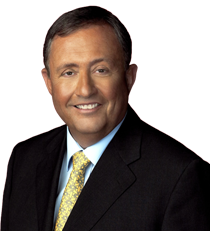 Brent Sadler has won numerous prestigious international news awards, including a US Emmy and two BAFTAs for his courageous and insightful reporting for CNN. He joined CNN in 1991 after 10 years as a news reporter for the British network ITN rising to the coveted post of ITN's Middle East correspondent for more than four years where he also worked for two years as an ITN senior reporter.

Brent Sadler has used his wealth of experience to develop interests in the field of strategic communications. His in-depth knowledge and experience helps develop lively discussions with key policy makers. He has moderated numerous high level panels and discussion groups.

Brent skilfully takes audiences on a gripping, at times humorous odyssey of his adventures reporting global conflict - delving into the unpleasant dynamics of surviving gunshot wounds, to being caught in the middle of withering political crossfire.

How to book Brent Sadler?