Ben Kay is one of the most decorated men in English rugby. A former English international rugby union player, Ben has played for Leicester Tigers and England. He collected six Premiership titles and played in four Heineken Cup Finals. Ben also started six games in England's 2003 World Cup-winning campaign and played every minute of the 2007 World Cup. He decided to retire at the end of the 2009/10 season after 11 years with Leicester Tigers. Since then, he has worked as a commentator for ESPN and BT Sport. 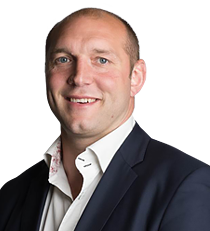 Ben made his Tigers debut in 1999 and started 22 games during the historic double-winning season in 2006/07. He was also an almost ever-present in 2008/09 which finished with appearances in another two major finals. In 2005 Sir Clive Woodward selected him for the 2005 British and Irish Lions tour to New Zealand. Ben was educated at Merchant Taylor's School and Loughborough University where he obtained a degree in Sports Science.

Ben Kay is an ideal guest speaker suited to a wide range of events. His many different experiences of both domestic and international rugby matches ensure that he is perfectly placed to provide audiences with a fascinating insight into his career as a rugby player.

Ben uses a great mix of anecdotes and humorous stories to entertain, inspire, and motivate audiences. He is also a confident after dinner speaker and is available for personal appearances.

How to book Ben Kay?